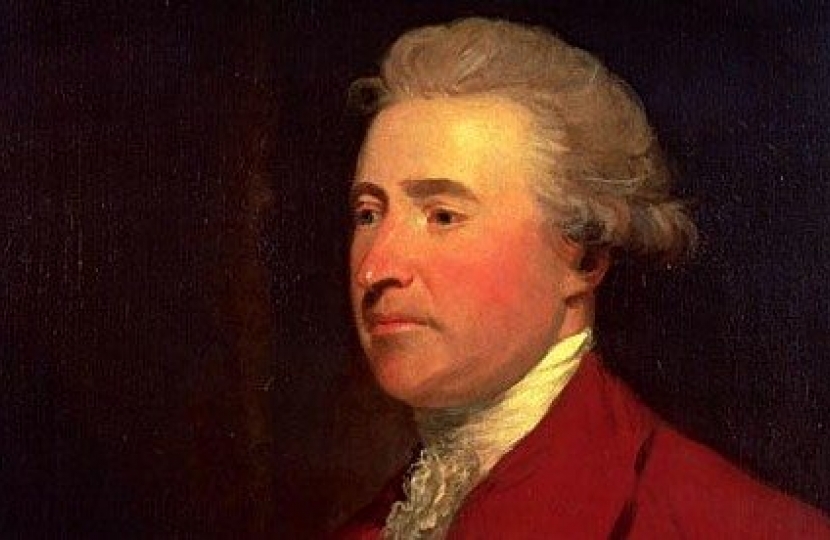 When was it that Edmund Burke told the voters of Bristol that a Member of Parliament “owes you, not his industry only, but his judgment; and he betrays, instead of serving you, if he sacrifices it to your opinion”? You will have to read on to find out, but the quote is as relevant today as it was back then, not least in relation to Brexit. I am sometimes criticised for not mention Brexit in these regular columns. But events in Westminster are extremely fast moving that anything I write is likely to be out of date before it is published. At the time of writing, we have not yet had the vote on the Prime Minister’s proposed deal, and we are waiting to hear if there have been any changes to the proposed Backstop.

Over the last two years and more since the referendum, a very large number of residents have contacted me about their views on Brexit. As expected, these are wide-ranging and cover the whole spectrum of views. Some people want us to ignore the result of the referendum, and stay in the European Union. Some people think we should have left straight after the vote, and see no point in trying to do a deal with the EU. I have received hundreds of emails from people telling me how to vote: vote for a deal, against a deal, to stay in the EU, to leave without a deal, to extend article 50, to have another referendum. There are those who want a closer union with Europe, and for us to start using the Euro, others feel that the European Union is a failed project, and the sooner we leave the better.

And this takes me back to Edmund Burke. The quote may be nearly 250 years old (the answer is 1774), but I think it is still vitally important in the social media age. Nearly all the letters and emails from constituents exhort me to “represent their views”.  But as so many are conflicting, I clearly cannot vote exactly as everyone says that they would like!  I have to vote based on my opinion of the question in front of me.

In 2017 I stood for election on a mandate that the UK would be leaving the European Union, as voted for by the people in the referendum. I still believe that this is the right thing to do, and I will continue to vote in Parliament accordingly.

For those of you who are pleased that this column is not usually about Brexit, I hope to resume normal service next time!