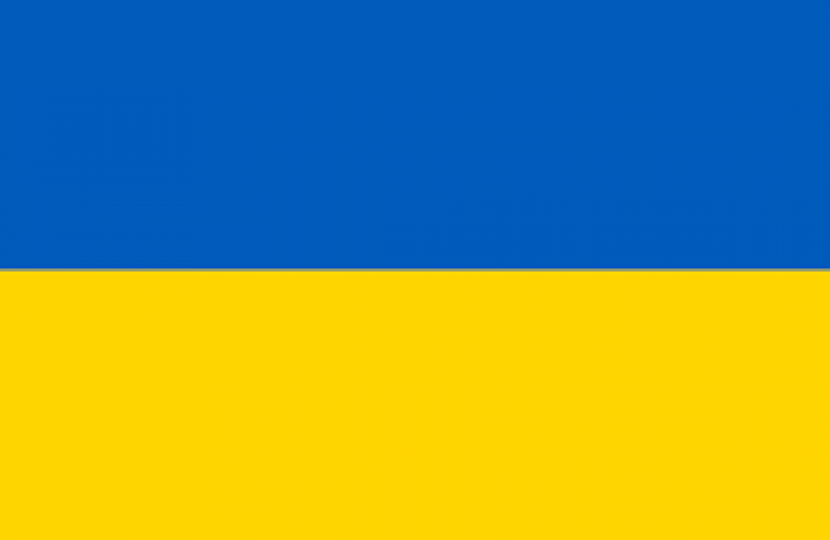 Kyiv is about 1,400 miles from Mid Dorset and North Poole. And yet in recent days we have all felt much closer to the Ukrainian people than ever before.

I was in Parliament last month when President Zelensky addressed the House of Commons via video link in an unprecedented event that moved us all. He said that the people of Ukraine had chosen “to be” rather than “not to be”. That they would continue to fight “in the forests, in the fields, on the shores and on the streets. We will fight till the end. At sea. In the air. We will continue fighting for our land whatever the cost.”

We have all seen the harrowing pictures and footage of the damage and destruction that Putin’s forces are wreaking on Ukraine. Some people are calling for a no-fly zone above Ukraine, enforced by NATO. Whilst this might seem like a solution, it would lead to escalation. Enforcing a no-fly zone would mean NATO (possibly British) forces would have to shoot down any Russian planes that ignored the order. Russia would see this as a hostile act, and would retaliate - possibly using nuclear weapons.

That’s why the West has instead resolved to do all it can by other means to make sure that Putin fails in his misguided and totally unnecessary quest to take lands and territories that do not belong to him.

Sanctions are most effective when they are coordinated with other countries, and so it is excellent news that so much of the free world has come together, including countries such as Switzerland, South Korea and New Zealand that have not historically implemented sanctions.  These sanctions are wide-ranging, involving both companies and individuals, and can include trade, movement and financial sanctions.

We must continue to act however we can within the law to put pressure on those who are close to Putin’s regime. I recently voted on emergency legislation which has made it easier to do so.

New steps are also being put in place to allow Ukrainians fleeing Russian bombardment to come to the UK. Anyone settled in the UK with Ukrainian family can bring them to the UK. There will be no visa fee, language tests or salary requirements for them to be able to come. The government is also setting up a new community sponsorship scheme to allow for local communities, faith groups and others to sponsor Ukrainian refugees to come and live in the UK. To show our commitment, the Prime Minister has appointed a new Minister for Refugees to oversee this process.

I know that thousands of people across Dorset have already been very generous in their donations towards the Ukrainian humanitarian crisis. I would urge people to donate money rather goods, particularly as the Polish Government have recently said:

“We call on everyone wishing to help not to organise further collections of in-kind donations, as their transport to Poland – followed by a lengthy unloading, storage, selection and distribution procedure – generates disproportionate amounts of additional work and cost, which proves ineffective and counterproductive to the needs of those affected. We encourage everyone wishing to help to organise fundraisers and direct donations of funds to verified organisations that will use the funds received for assistance provided in accordance with the strict needs and effective operation in the long term.”

You can find out more ways to help on my website, including links to charities working in and near Ukraine, and refugee charities closer to home.

As President Zelensky reminded us, the joint prize of peace and freedom is never quite secured, and therefore we must always do everything we can to support those who defend it.

Please do get in touch if you need help and support, including if you have family fleeing Ukraine. You can contact me via email michael.tomlinson.mp@parliament.uk or call my office on 01202 624216.