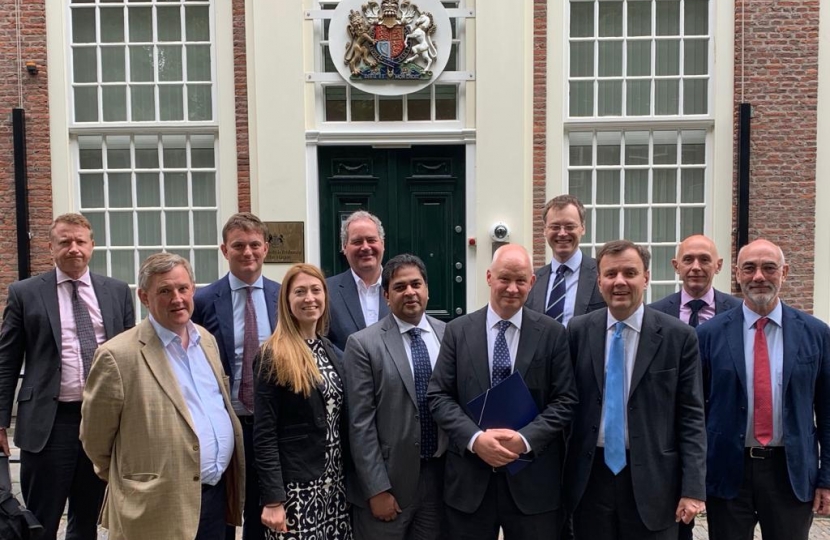 It’s August, which means that Parliament is in recess – and is not sitting. Whilst I will be taking some time off to spend with my family, work as a Member of Parliament continues over the summer in the constituency as usual. If you see me out and about, please do stop me for a chat.

People do sometimes come to Parliament to see me, and I was pleased to be able to speak to some constituents last month when they took the time to come to the climate change event “The Time Is Now” in London. There are so many small things we can all do personally to help combat climate change, but the government must also act. I am therefore really pleased that we are bringing in laws to end our contribution to global warming by 2050 so we can leave the environment in a better state for the next generation. By doing this we are the first country in the world to bring in this type of legislation.

Schools have now broken up, so I will not be visiting them, but recess gives me the chance to meet more people, and visit more charities and local businesses. As I write, the weather is bright and sunny, and I hope this continues through the summer, to boost our local tourism industry. Of course we all know that Britain’s best beaches are in Dorset, but we must not forget everything else that Dorset has to offer. It is always such a pleasure for me to find out more about Dorset’s hidden gems – whether local micro-brewing at 8-arch brewery, or Wimborne model town, or the boat hire at the quay in Wareham. And we are very lucky with our open spaces too – our lovely heathland and parks. Tourism, both directly and indirectly, helps to maintain over 46,000 jobs in Dorset, and in 2017 there were 29.4 million visits to Dorset, spending around £1.8billion. Tourism really is a vital sector to encourage and support to develop and sustain local jobs.

Further afield, I recently visited the Netherlands as part of a Parliamentary delegation. We met current and former Dutch Parliamentarians, civil servants and business people.  We also discussed “Alternative Arrangements” plans for after Brexit, and chatted with the British Ambassador about Dutch-British relations. There was also some “soft diplomacy” in the form of inter-parliamentary cricket between the British Parliamentary team and the Dutch Binnenhof. Sadly, not only did we fail to win a match, but I also returned home with a broken finger after some over enthusiastic fielding!  Fortunately it is healing well, and doesn’t prevent me from doing my job.

If you would like to visit Parliament or have an issue that you need help with, please do get in touch; email me on michael.tomlinson.mp@parliament.uk or contact my office on 01202 624216. You can also follow what I’ve been doing on Twitter @Michael4mdnp or Facebook www.facebook.com/michael4MDNP

Michael visited the Junction Leisure Centre in Broadstone with David Sidwick, the Dorset Conservative for Police and Crime Commissioner.