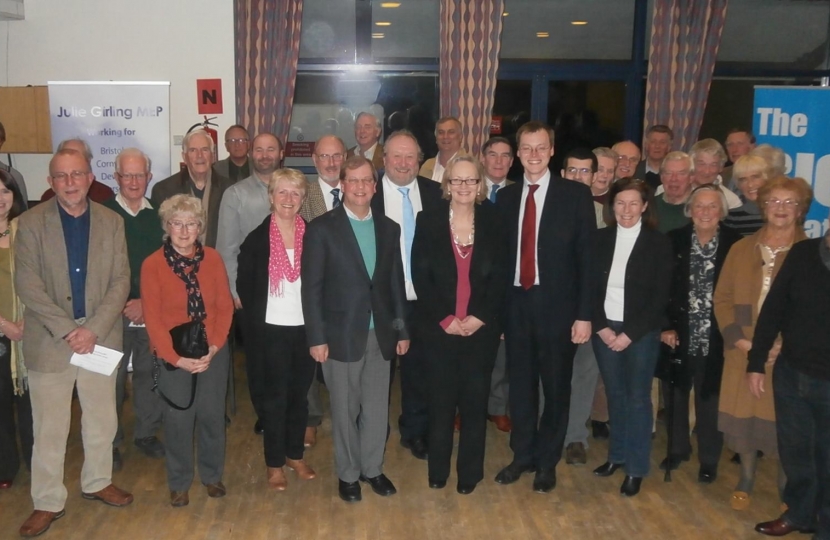 Julie Girling MEP held a Big Debate event in Mid Dorset and North Poole.  Julie was joined by members from across Dorset for a big debate on Europe.  As part of the series of policy forum meetings, Julie answered questions and encouraged members to consider their views on the in/out referendum and which powers should be repatriated.

Michael Tomlinson said, "Julie has held these debates across the South West, and I am delighted that she came Merley and Bearwood on this occasion.  It gave our members the opportunity not only to discuss the issues, but also to ask questions of Julie and to gain a real insight into the workings of Europe."

The Big Debate has been provoked by David Cameron's speech on Europe, pleding a straight forward in/our referendum on Europe within two years of the next General Election.  The Conservative Party is the only party to be promising this, and therefore the only way to ensure that you have a referendum is by voting Conservative at the next General Election.