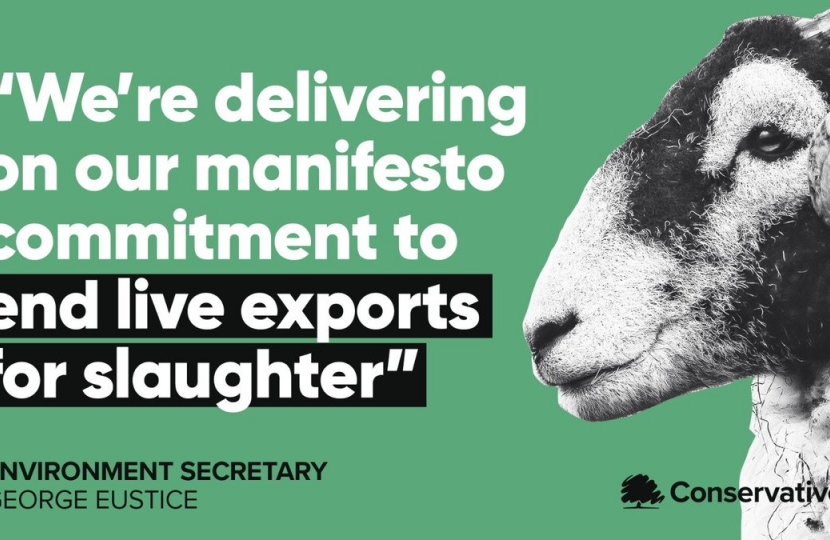 Last week, the Environment Secretary launched an eight-week consultation on ending the live export of animals for slaughter and fattening. We had been unable to do this under EU rules, and this announcement delivers on our manifesto commitment.

In 2018 around 6,400 animals were transported from the UK directly to slaughter in continental Europe, based on internal figures. Animals often have to endure long journeys, which causes them distress and sometimes injury.

The Government recognises that ending the live export of animals for slaughter does not go far enough. Therefore, in addition to this consultation, we are reviewing proposals to further improve animal welfare in transport more generally, such as:

Michael said "I'm pleased that the government is consulting on this issue, and I would encourage everyone to contribute to the consultation"

You can find more details here

As the immense task of rolling out the Covid-19 vaccines to the UK population is underway, I would like to provide Dorset residents with an update of the situation here.