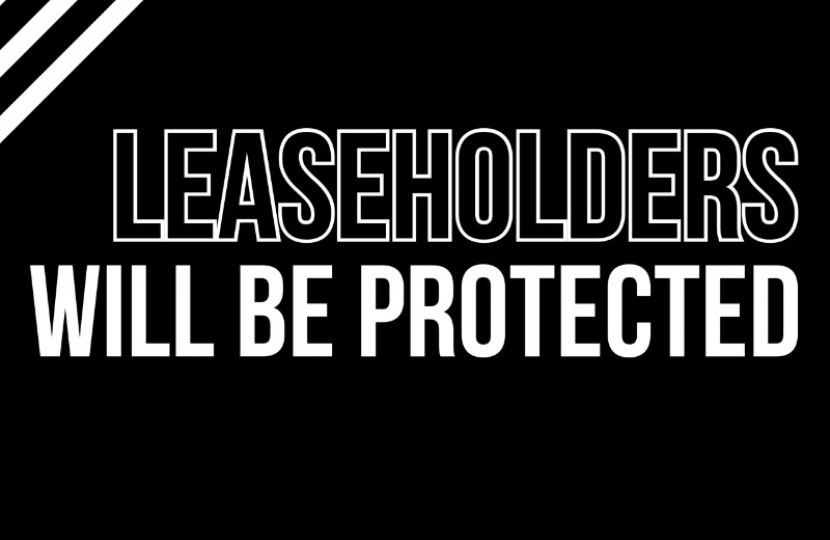 More than four years after the Grenfell Tower tragedy, many leaseholders face large bills for safety issues they did not cause, while those responsible dodge accountability.  Michael has been contacted by many constituents who have been very concerned about this issue - both for home they own themselves, and for loved ones facing large bills.

That is why the government have announced that developers must pay for the removal of dangerous cladding on all buildings between 11 and 18 metres – and firms have until March to put forward a remediation plan or will face commercial and legal sanctions.

These plans will guarantee that no leaseholder living in a medium-rise building will pay a penny to fix dangerous cladding, while making residential builds safer for everyone.

In addition, a new dedicated team is being established to pursue and expose companies at fault and to force them to shoulder the burden of making buildings safe.

Secretary of State for Levelling Up, Michael Gove, said:

More than 4 years after the Grenfell Tower tragedy, the system is broken. Leaseholders are trapped, unable to sell their homes and facing vast bills. But the developers and cladding companies who caused the problem are dodging accountability and have made vast profits during the pandemic whilst hard working families have struggled. From today, we are bringing this scandal to an end – protecting leaseholders and making industry pay. We will scrap proposals for loans and long-term debt for leaseholders in medium-rise buildings and give a guarantee that no leaseholder living in their own flat will pay a penny to fix dangerous cladding. Working with members of both Houses, we will look to bring a raft of leaseholder protections into law through our Building Safety bill. And we will restore much needed common sense on building safety assessments, ending the practice of too many buildings being declared unsafe.