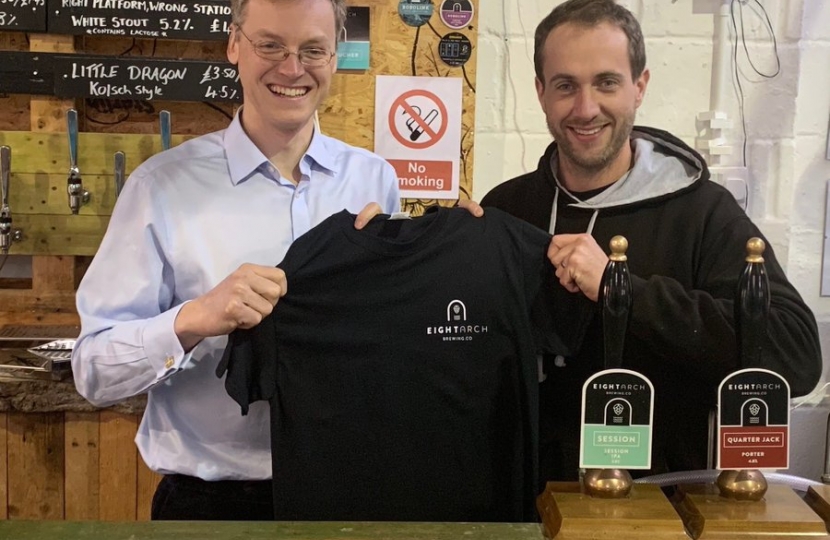 As I write, the verges of the local roads in Dorset are covered in snowdrops, and the daffodils are starting to poke their green shoots up past the old leaves. I am by nature an optimist, and the signs of spring are always welcome after winter. It’s important to look after our countryside, and I recently had the chance to meet a Womble in Parliament, to raise awareness of the Great British Spring Clean. I was very pleased to see locally that there was a recent prosecution for fly-tipping – such a blight on our countryside, sending a clear message that it will not be tolerated.

The last month has been as varied as usual. In Parliament I was pleased to attend the launch of the Open Doors World Watch list launch, outlining the countries where Christians face the most intense persecution. I also recently met the Patriarch of Jerusalem, and had the opportunity to discuss support for Christians in the Holy Land.

On average MPs are likely to be drawn for two Prime Minister’s Questions a year. I have had two in the last month, and I raised education and support for families. I have also spoken in debates in Parliament about homelessness, sentencing of criminals and local government finance. I have raised various issues concerning Dorset with ministers, and joined the All Party Parliamentary Group for the Great South West.

Closer to home, I invited the Railway Minister to Wareham to see the pedestrian crossing for himself. He met with local councillors and community representatives to try and find a way forward to resolve the longstanding issues surrounding the crossing. Further work will now take place to find a solution including a meeting with the Office for Road and Rail.

I’ve been pleased to be able to support several local events and groups recently. I had a very enjoyable afternoon watching the brilliant production of sleeping beauty performed by Broadstone Pantomime productions, before which I popped in to see the display of artwork by Broadstone Art society at Upton Country Park. I have visited several local businesses, including the local brewer Eight Arch in Wimborne. I have had meetings with Dorset Local Enterprise Partnership, as well as my usual constituency surgeries.

If you are a business and would like me to visit, please get in touch, or if you have an issue that you need help with; email me on michael.tomlinson.mp@parliament.uk or contact my office on 01202 624216. You can also follow what I’ve been doing on Twitter @Michael4mdnp or Facebook www.facebook.com/michael4MDNP

I am sending out regular updates, and this week I wanted to focus on the older people in our community. Many of the following links may also be useful to everyone!