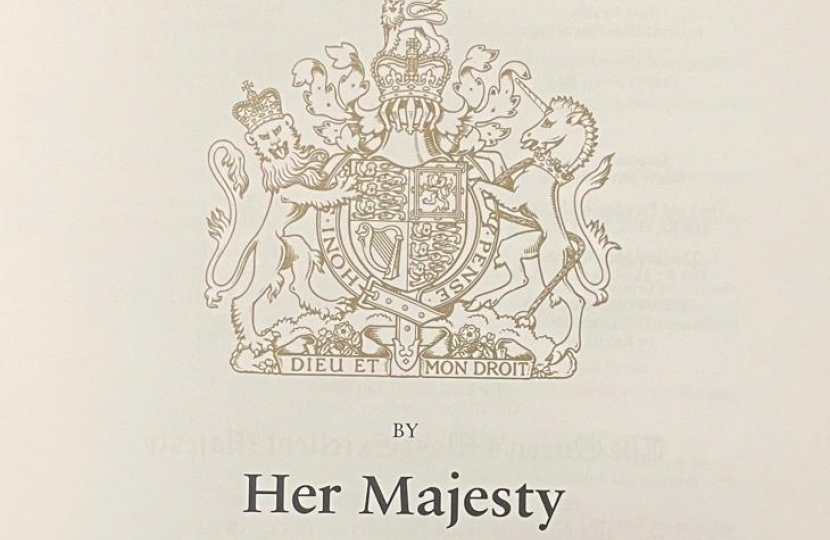 Parliament can be a place of modernity and development using the latest technology, as when President Zelensky zoomed in to the Chamber of the House of Commons to deliver a speech in March. But it is also a place of tradition and ancient customs, as well as strange terms and phrases. In May Parliament will be Prorogued, which means that the current session of Parliament comes to an end. Before that happens, there is a very traditional ceremony in the House of Lords, with various important people like the Speaker of the House of Commons, and the Serjeant at Arms doffing their caps at each other. Once the official ceremony has been completed, Members of the House of Commons leave the Chamber, and return to their constituencies. A few days later there will be the State Opening of Parliament.

We don’t know yet whether the Queen will read the Queen’s speech, or whether it will be a representative on her behalf; possibly the Prince of Wales who accompanied her last year. One of my colleagues from the Whips’ office will be required to go to Buckingham Palace before the Queen arrives in Parliament. He will then be kept “hostage” under guard, until the Queen returns safely back from Parliament. This tradition has been kept since the time of Charles 1st, to ensure that the monarch does not come to any harm whilst attending Parliament.  Parliament will also be searched before she arrives – not only by expert sniffer dogs and police, but also ceremonially by Yeoman of the Guard who will search the cellars in case there is a modern-day Guy Fawkes hiding below.

The Queen's speech is read in the House of Lords – and there will be a limited number of Members of Parliament sitting in the gallery and the rest of us will be crowded in to stand in "at the bar" of the Chamber. The speech is written by the Government, and details the Bills we will be bringing forward in the coming year.  Later that day, the MPs return to the House of Commons where we will debate the Queen's speech.  These debates usually last for several days, and will be on a variety of issues that have been outlined in the speech. At the end of the debates, there will be a vote on the speech and its contents.

Whereas Queen Victoria did not attend any state openings after the death of Prince Albert, Queen Elizabeth has only missed two State Openings of Parliament, in 1959 and 1963 when she was pregnant. This is of course a very special year for the Queen, with her Jubilee celebrations coming up in June and I know that if at all possible she will want to give the speech this year.

Please do get in touch if you need help and support, including if you have family or friends fleeing Ukraine. I am continuing to have surgeries across the constituency. You can contact me via email michael.tomlinson.mp@parliament.uk or call my office on 01202 624216.

Michael visited the site of the Canford Heath fire with local Councillor Sean Gabriel, and the Chief Fire Officer for Dorset Ben Ansell.