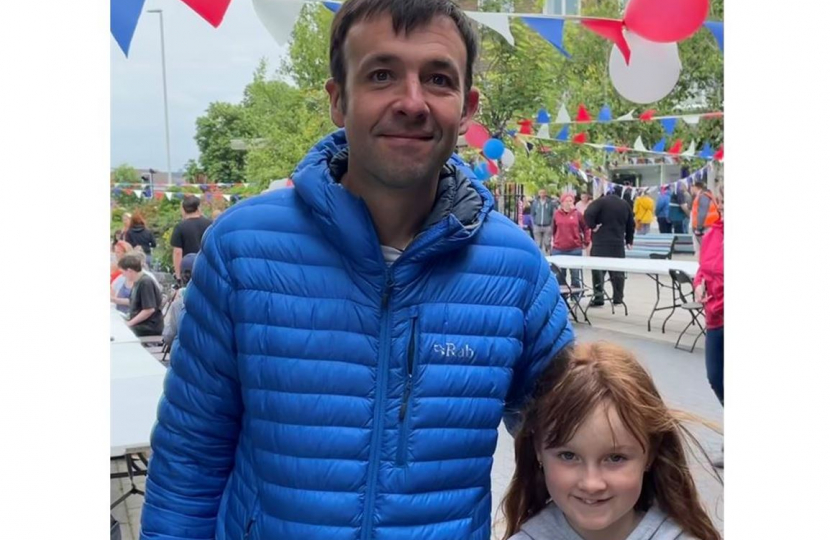 Michael was delighted to meet 7 year old Olivia Lansley and her father David at the Jubilee street party in Canford Heath.

Olivia set herself the target of swimming 70 lengths for the Queen's 70 years service, to raise money for the Royal British Legion. She has already exceeded her fundraising target, but to keep her total rising even further  you can contribute here: Justgiving

I'm so pleased to have met Olivia and her father. The British Legion is such a great cause to support, and to have already raised over £500 is a fantastic achievement for someone so young.

Michael was invited to do a "Pupil Surgery" at Magna Academy, to enable students to ask him questions about his role as an MP. Organised by the Politics Project, the students have lessons about the role of an MP, before getting the chance to ask Michael questions.