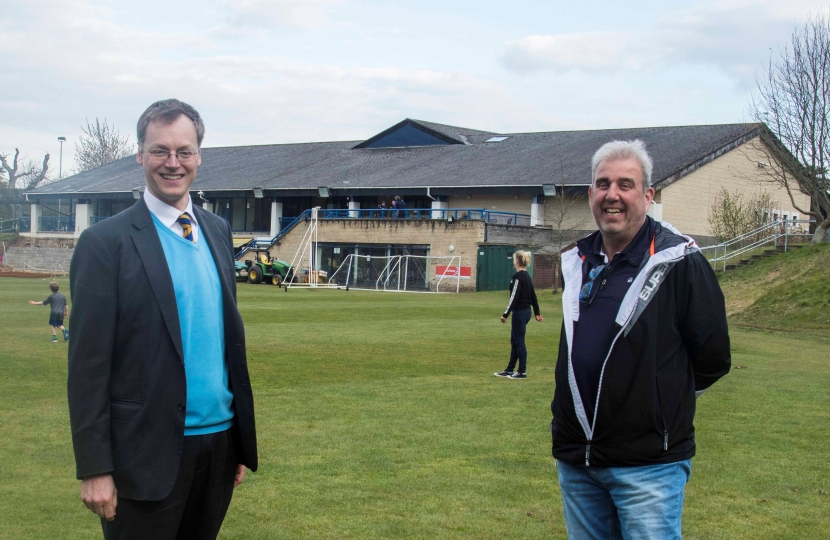 Michael was delighted to be asked to give out prizes to young cricketers at the Hamworthy Club this week.

The annual Youth Presentation day was held at the club on Monday 30th August, and Michael presented the awards following an Under 10s contest and Bar-B-Q.

Michael thanked the coaches Mike Fisher and Stuart Platts, and all the managers who made the season possible, and also spoke about his experiences of being twelfth man when playing for the County of Herefordshire in his teens.

"It was great to see so many keen young cricketers at Hamworthy Club. I know how hard the coaches and managers have worked to make cricket possible this season, and I also pay tribute to the mums, dads and grandparents who take the kids to games and practices each week. Well done everyone for a great season!"