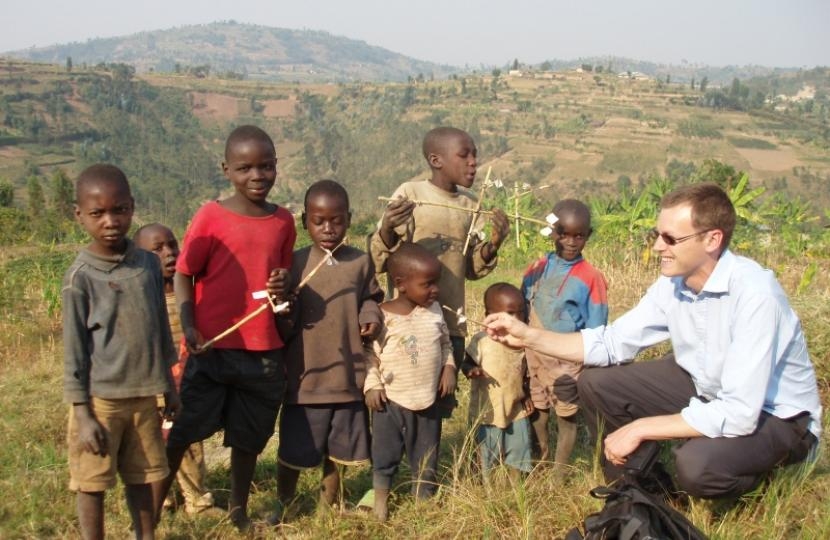 Michael Tomlinson was delighted to have been appointed by the Prime Minister as Parliamentary Private Secretary (PPS) to the Department for International Development. (DfID)

Michael will serve as a PPS to the Ministerial team led by Rt Hon Priti Patel MP.

DfID leads the UK's efforts to end extreme poverty and tackle disease in some of the poorest counties in the world. The Department is responsible for the vast majority of British aid spending. One of the key aims of the Department is to make British aid more effective by improving transparency, openness and value for money.

Michael Tomlinson said “I am honoured to have been asked to serve as a PPS in such an exciting department. I am looking forward to working with colleagues to ensure that we use our aid budget wisely and help those that need it most.”

Michael has been a vocal supporter of UK aid, calling for the Government to keep its commitment to 0.7% of GDP being spent on aid. The Government made this commitment in the General Election manifesto. Michael, who has volunteered in Rwanda and Sierra Leone is keen to continue his support in his new role.

Michael added “I have seen the difference that our support can make but it is also right that we work hard to ensure that it is used wisely. Our aid marks us out as a force or good in the world, a country that meets its moral obligations gladly. I am determined to help fulfil that promise and international aid does make a difference overseas but also benefits us here in the UK.”