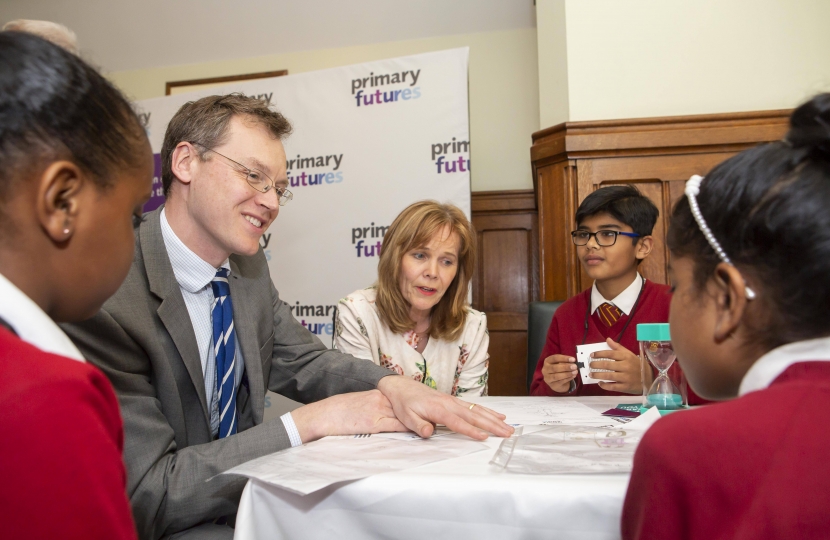 On 14 May, Michael attended the launch of the Primary Futures Parliamentary Champion programme, a major cross-party initiative that aims to raise the aspirations and broaden the horizons of primary school children.

Primary Futures is an exciting initiative pioneered by the charity Education and Employers and the National Association of Headteachers. The programme helps inspire children by connecting primary schools with local role models through an innovative online service. Volunteers from apprentices to CEOs, architects to zoologists, then give an hour a year to go into schools and chat informally to children about their work.

Children can only dream about what they know. Primary Futures shows pupils exciting futures and helps them understand that by aiming high and working hard, they can realise their dreams. In focussing on young children, the initiative can have a markedly positive effect on attainment. It is also underpinned by technology that gives schools more control over the type of event they believe would be most valuable for their pupils.

Michael commented: “Children’s plans for future careers are formed at a young age and influenced overwhelmingly by who they know. All children should have an equal opportunity for a fulfilling career that is not limited by their background, or the jobs of their parents. I’m going to be championing Primary Futures in Dorset and Poole as it will help open the eyes of local children to what’s possible and what they could achieve."