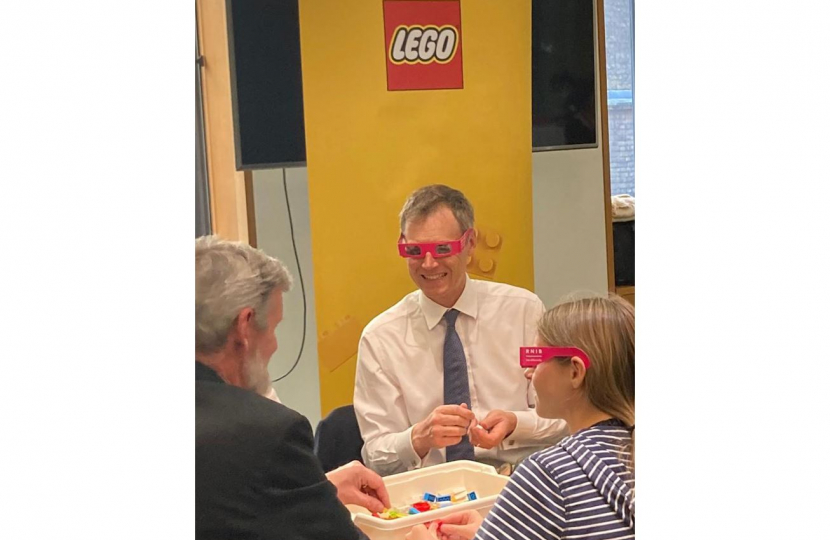 Michael attended a fascinating event in Parliament to hear about Braille Lego Bricks. The bricks use learning through play to teach Braille to children who are blind or have a vision impairment. Each brick in the LEGO Braille Bricks toolkit retains its iconic form but the studs are arranged to correspond to numbers and letters in the Braille alphabet. Each brick shows the printed version of the symbol or letter, allowing sighted and blind children to play and learn together on equal terms.

RNIB is the official partner to the LEGO Braille Brick in the UK. Over the last 15 months RNIB has delivered training to almost 800 teaching professionals and distributed around 2,000 sets of the bricks to 220 local education authorities.

"Lego has always been very popular in our house, and its great to see how it can also be used in this way to help blind and visually impaired children. It's also good that the bricks can be used alongside regular lego, so that children can all play together easily"