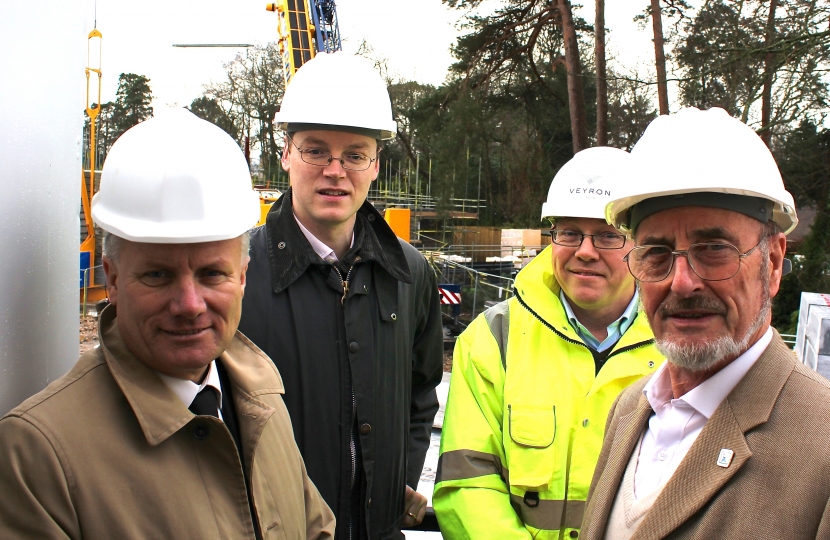 Michael Tomlinson has welcomed new figures showing the British economy is now above its pre-crisis peak, after Labour’s Great Recession saw the economy shrink by 7.2 per cent.

This continuing growth means there are more businesses, creating more jobs, so that more families can have the security of a regular pay packet and the peace of mind for the future that brings.

Local signs of growth include businesses like Waypoints, which is opening a new care home in Upton and helping to create more local jobs.

Michael Tomlinson is pitctured with Cllr Paul Johns and Andy Baxendine of Waypoints at the site of the new Waypoints care home in Upton.  Michael said:

“Thanks to the hard work of people in Mid Dorset and North Poole and across Britain the economy is now above its pre-crisis peak - a major milestone in the Conservatives’ long-term economic plan. It means more businesses, creating more jobs, as they have at the new Waypoints site in Upton, so families can look forward to a brighter, more secure future.

“But there is still a long way to go. The Great Recession was one of the deepest of any major economy and cost Britain six years, hitting people in Mid Dorset and North Poole hard.

“Now we owe it to hardworking taxpayers not to repeat the mistakes of the past and instead to stick with the plan that is delivering economic security and a brighter future for all.”