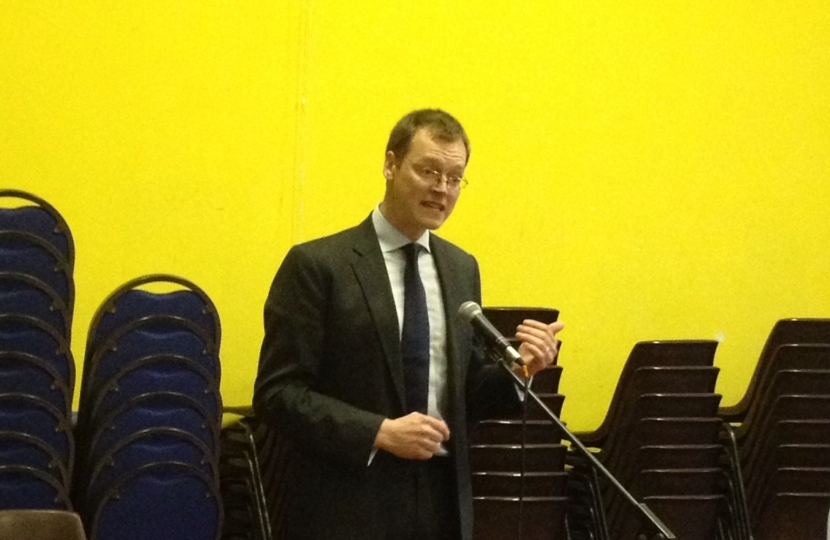 Local campaigner and practising barrister, Michael Tomlinson, has been selected as the Conservative's Prospective Parliamentary Candidate for Mid Dorset and North Poole ahead of the 2015 General Election.

Michael, who has lived in the constituency for the past decade, was the constituency's campaign manager in 2010 where he helped cut the majority of the sitting MP to just 269.

A lifelong volunteer, Michael and his wife have for the past 17 years helped run a Christian youth camp on top of providing pro bono work for his local Citizens Advice Bureau and his work as a school governor.

He has also been a part of the Conservative Party's Project Umubano - firstly in 2009 in Rwanda and secondly in 2011 when he advised senior members of the judiciary in Sierra Leone.

Married with three children Michael lists his interests as reading, spending time with his family and enjoying walks across the county. He is also an active member of the Poole Hockey Club and the Hamworthy Cricket Club.

Michael said, "I am delighted to have been selected as the Candidate for Mid Dorset and North Poole following the members' meeting in Corfe Mullen.  I have pledged to build on Nick King's hard work and my first task is to do all that I can to support our excellent County Council candidates."