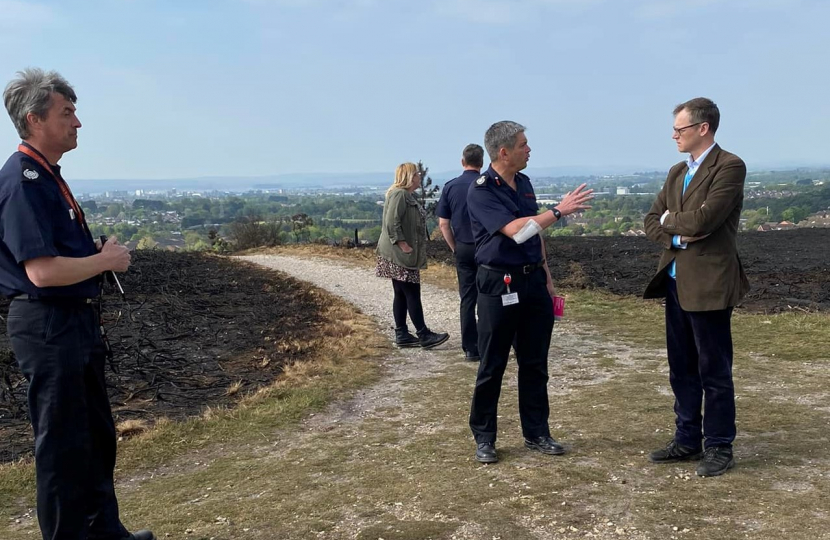 Michael visited the site of the Canford Heath fire with local Councillor Sean Gabriel, and the Chief Fire Officer for Dorset Ben Ansell.

They discussed the cause of the fire which is being investigated, and what can be done to reduce the risk of wildfires on the heath in the future. Several lines are enquiry are being followed up, and the fire service and police will work closely together on this.

Households close to the fire will receive fire safety leaflets, and the fire service will be continuing their engagement with local schools, including talks and videos on fire safety. This includes fire safety in the home, but also the dangers of fires on open land.

As was seen after the Wareham wildfire a few years ago, the recovery and regeneration will be slow, and will take time, but plants and animals will return.

I want to pay tribute to the bravery and professionalism of the fire service, which ensured that the situation was not worse. I have formally given my thanks to all of the firefighters who were involved either in the immediate outbreak in Canford Heath or to those who were redeployed to cover other areas. Their service to our communities is appreciated beyond words.