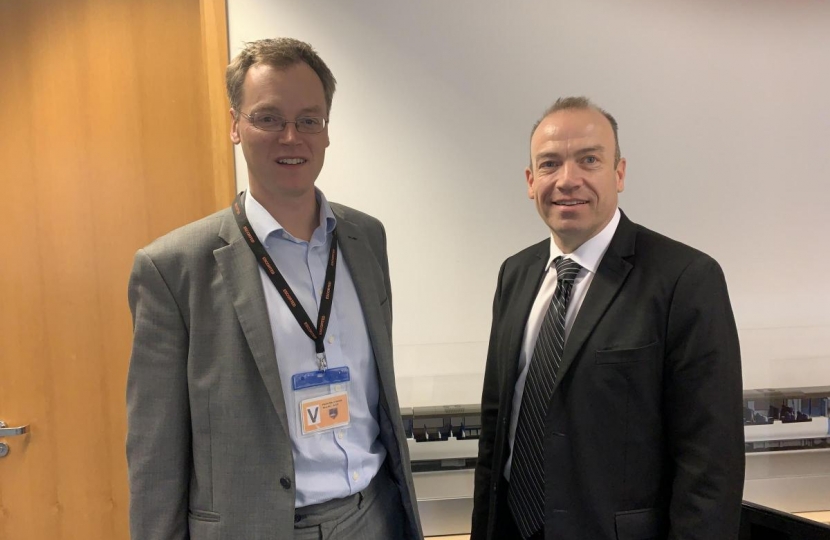 Michael has invited the Minister responsible for railways to Wareham to see the issues over the level crossing for himself. This article is from the Daily Echo:

TRANSPORT Minister Chris Heaton-Harris has agreed to visit Wareham to see the town's railway level crossing situation for himself.

Network Rail have wanted to close the existing crossing, which they believe represents a safety risk, for a number of years.

With this in mind a number of planning applications have been lodged to 'upgrade' Wareham railway station's existing footbridge, so it can provide an alternative crossing accessible to all. However, they all remain unresolved.

Many Wareham residents have campaigned for the existing pedestrian crossing, which since 2009 has been gated and manned by a guard, to be retained.

They argue the removal of the surface crossing effectively cuts the town in half.

Recently, the town's MP Michael Tomlinson – who represents the Mid-Dorset and North Poole constituency – met with the transport minister to press for improvements at Wareham.

Mr Tomlinson has also met with Dorset Council, as well as local councillors and members of Wareham Town Trust to find a solution. The concerns discussed at that meeting were raised with the minister, who agreed, to visit Wareham and see the situation for himself.

Mr Tomlinson said: "I am grateful that the transport minister for his time and for his agreement to visit Wareham and see the level crossing in person.

This is a matter of significant concern to the community of Wareham and the matter has been unresolved for too long.

"I made the point clearly that an acceptable solution is required that does not split the town in half.

"I urged the minister to meet with local residents and Dorset Council to hear their suggestions.”

In August, this year, we reported that the gated pedestrian crossing at Wareham rail station was to remain closed every evening after 6pm due to staff shortages, meaning there would be no step-free access over the line after that time.

The government have recently announced new guidelines for Churches and places of worship, allowing them to open for services, and not just private prayer. Weddings are also set to go ahead, with limited numbers and careful guidelines to ensure the virus cannot spread amongst attendees.