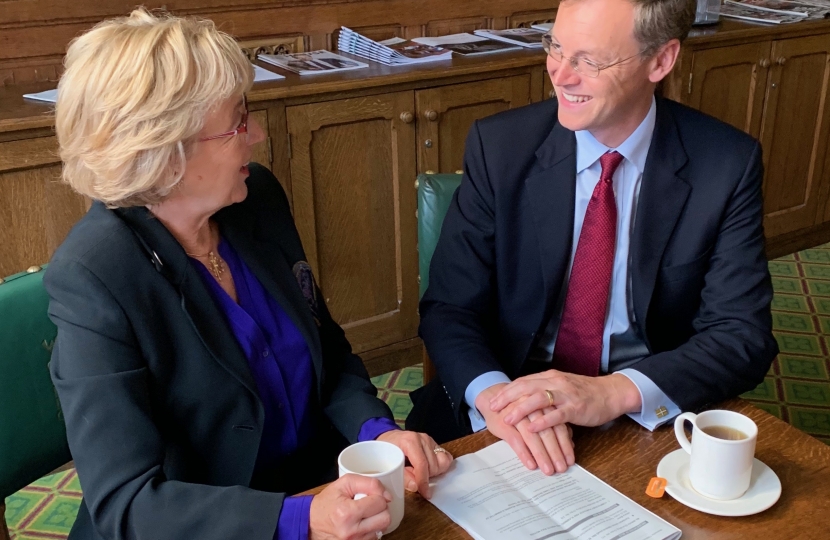 As regular readers will know, one of the challenges of writing this column is that the deadline for submission is around 2-3 weeks before publication. I am writing this in early September, and events in Parliament are fast moving and uncertain. We have had one unsuccessful vote on having a general election – we are due to have another vote very shortly!

Our current Parliamentary session has lasted longer than any in almost 400 years, and parliamentarians on both sides of the political divide have called for a Queen’s Speech. This requires that Parliament be prorogued for a period to prepare for the new session and allow the State Opening to occur. Parliament was due to rise in mid-September for three weeks for conference recess, and prorogation adds a few more days onto this.

During the conference recess and as always, I will spend most of the time when Parliament is not sitting in the constituency. Many constituents have also asked me to meet charities in Manchester at the party conference, which I am planning to attend. It may seem that conference season is a time to be particularly tribal in terms of political parties – here in Dorset that is far from true for me. It is always a pleasure when the Lib Dem conference is in Bournemouth as we host an old friend to stay so that he can attend – which raises a few eyebrows!

My inbox has been very busy recently – of course many emails about Brexit, but also concerns about a rage of local issues. I have held meetings with constituents about many of these, including concerning the Wareham level crossing, pollution and environmental damage in rural areas, protection of community assets and anti-social behaviour including stalking. Many people have also been in touch about international matters, in particular following worrying reports from Hong Kong. Having been part of a delegation to Hong Kong last year, I know that the government is unwavering in its commitment to the Sino-British Declaration, and that this position has been made clear to the Chinese government.

Whatever happens next in Parliament – whether a general election or not, I will continue to do all I can to deliver a successful Brexit. I do not believe that it is in anyone’s interest to delay further. This will simply increase uncertainty for residents and businesses alike.

I continue to hold regular surgeries in the constituency so please do get in touch if there is something you need help with. Email me on michael.tomlinson.mp@parliament.uk or contact my office on 01202 624216. You can also follow what I’ve been doing on Twitter @Michael4mdnp or Facebook www.facebook.com/michael4MDNP or on my website www.michaeltomlnison.org.uk