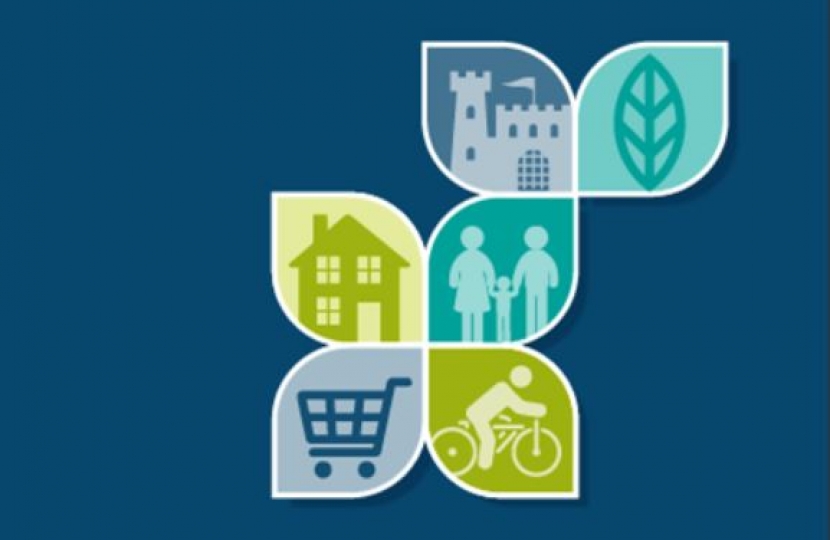 Since the formation of Dorset Council in 2019, work has been ongoing to produce a Local Plan.  It is vitally important that the Council has an up to date plan to ensure we avoid speculative planning.

The proposals, which are at an early stage, will cover development for the period of 2021-2038. There are several sites identified within our local area so Michael was keen for as many residents to have their say as possible.

What has Michael been doing?

At the start of the process, Michael wrote to the Leader of the Council, expressing his concerns and those of local residents, that many of the areas for possible development are in the Green Belt. He urged the council to protect the Green Belt, and instead prioritise building on brownfield sites.

He also raised concerns about the timing of the consultation. Michael understand the need to get a Local Plan in place, but was concerned that with the challenges of the pandemic, that not enough people would be able to have their say. The full text of the letter to the Leader is below.

Michael has also been in regular contact with councillors about the Local Plan, including the Leader and Deputy Leader. He has also raised the concerns of constituents in his regular weekly meetings with Dorset MPs and the Leader of the council.

Michael wrote to over 2000 residents in a variety of areas who would be most affected by the plans, to ensure that they were aware of the consultation, and encouraging them to share their views with the council. He sent an email update dedicated to the local plan and explaining his support for protection of the Green Belt to over 3500 constituents. He has written about the Local Plan and the need to contribute to the consultation in his regular columns for parish magazines and local publications.

He has publicised the Local Plan consultation regularly on his social media channels, including details about the Dorset Council webinars, and the ways residents can access the Plan, and had a dedicated page on his website with links to the Plan and consultation.

Michael has spoken to many constituents about their concerns over building in the Green Belt, and has emailed or written to many more. He has shared these concerns with the council, and encouraged residents to contribute to the consultation to make sure that they don't miss out on having their say.

Michael invited the chairs of the local Town and Parish Council to a (virtual) meeting to discuss the Local Plan, and passed on to Dorset Council any concerns that were raised.

"I strongly believe that the Green Belt should be protected and alternative sites, outside of the greenbelt, should be sought and prioritised. Locally, the Green Belt serves as an important environmental asset for wildlife and for local people. Significant development has already taken place locally and it is therefore vital that the remaining greenbelt is protected.
The policy of the Government is that brownfield sites should be prioritised.  This is something that has been repeated at a national level, and now that Dorset Council is one unitary authority, there is an opportunity for this policy of prioritising building on sites other than the greenbelt to become a reality.  This should be the priority.  The Government has made it clear that building on the greenbelt should happen only in exceptional circumstances.  It seems to me that unless and until all other avenues have been explored, that high barrier and that high test has not been met."

The full text of the letter is below.

This period of consultation is in addition to the formal and statutory consultation that will follow in 2022. This was an early opportunity to contribute but it wasn't mandated by law, therefore the Council determined the timing and the length.

Michael will continue to press for sites to be found that are not in the Green Belt, and that the council instead prioritises brownfield sites.